In 1935 a number of interested school personnel were invited by Mr. Paul Fleming, Principal of Fourteenth Ave. School, to participate in discussions relative to establishing a credit union for teachers in the Newark School System. Mr. and Mrs. Garland Smith, Fred Bioren and Walt Aurnhammer attended the discussion meetings along with many others. After the details were worked out a charter was applied for and granted in May 1935.

Mr. Smith, a teacher of business subjects at the East Side High School, and his wife, also a teacher at the same school, were appointed as the first Treasurer and Assistant Treasurer and their home in Irvington was designated as the business office of the Newark Teachers’ Credit Union. Mr. Fred Bioren became the first Board President, a post he held until 1962. The Smith’s conducted a successful credit union business until their retirement in 1961. 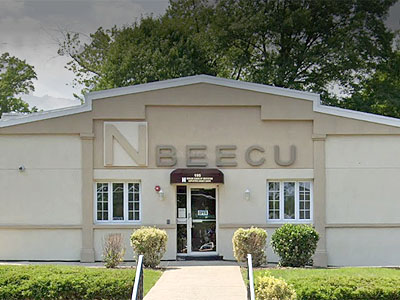 The growth in membership was steady and the office was moved to Stuyvesant Avenue, Irvington. Annual meetings of members were held at the Fourteenth Avenue School. In May of 1961 Mrs. Helen Dudek became the Office Manager, a position she held until December 1979. During that time membership increased quickly and the office was moved to a three-room suite on South Orange Avenue, Newark.

In 1976, circumstances forced the credit union to move again to a, second floor, apartment converted to office use in a one family house. Then in 1979, Mrs. Dudek retired and Mrs. Christine Faraone, a teacher\clerk in South Seventeenth Street School, became the new Office Manager and Treasurer. Business continued to grow by leaps and bounds and pay roll deduction was instituted to aid us and our members. Payroll deduction and prudent use of a computer system allowed for the issuance of a vacation club, Christmas club, savings certificates, IRA’s and other banking programs. This enhanced our desire to continue to offer fuller service to our members.

In August of 1984, we purchased a building in Newark and began renovations to improve our office space for our now over four thousand members. Our new home enables us to give our members better service, privacy to transact business, and greater comfort to conduct personal business in a proper and fitting manner. Improving and expanding our offices and services has made NBEECU a leading credit union.